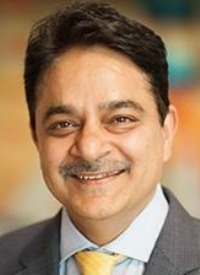 Mukesh Butani is Founder and Managing Partner of BMR Legal Advocates, an independent tax law firm. He has led International Tax & Transfer Pricing practice for 2 of the Big 4 firms and was Co-founder & Tax Practice Leader of BMR Advisors, a leading tax & transaction advisory firm until 2017.

With specialization in domestic and corporate international tax & transfer pricing, he has over three decades of experience in advising multinationals and Indian conglomerates on a wide range of matters relating to FDI policy, business re-organizations, cross-border tax structuring, tax controversy and regulatory policy. He is amongst India’s leading tax professionals and an acknowledged expert in the areas of international tax policy, controversy and policy & advocacy, with several landmark judgments to his credit. He has been part of several cross-jurisdictional Mutual Agreement & APA processes. He has also deposed as an Expert Witness on contentious cross-border tax treaty and transfer pricing matters before Courts & Arbitral Tribunals in foreign jurisdictions.

Mukesh is a qualified Chartered Accountant, holds a bachelor’s degree in Law and Commerce, and practices as an Advocate before various Tribunals, High Courts and the Supreme Court of India. He has been consistently ranked amongst India’s leading tax professional in several independent surveys.

Mukesh’s contribution towards public policy & academic side of the tax profession include engagements with Vienna University, University of Lausanne & Singapore Management University. He is a regular speaker in international forums having authored books on International tax, GAAR, Tax disputes and Transfer Pricing. His research papers, columns & blogs find mention in several Indian & international journals. He is regularly invited to speak in leading national and international conferences including in multilateral forums & by Indian Policy makers & think tanks. Mukesh has served as member of the Permanent Scientific Committee of IFA and with OECD-BIAC. He has also chaired Tax Committees of various Indian and Multinational Chambers. He is presently Chair of IFA, India branch and Vice Chair of the ICC Tax Commission in Paris.

Mukesh is called upon by Boards and Audit Committees of Indian listed companies to advise them on arm’s length principle with regard to related party transactions from Accounting, Company law and Capital market regulations standpoint.